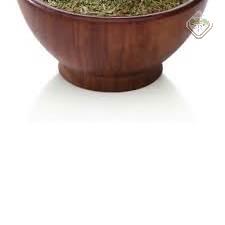 Do you feel embarrassed to the appearance of your fingernails, or to your fungal nail infections? Do you want to change the yellow unclear colour of your nails that are unresolvable because of the fungi? Have you repeatedly tried to use all types of anti-fungal products, visited many doctors for fungal nail infections, and you find that useless? Did you despair as you heard from your doctor that fungal nails are one of the worst types of fungi that infect humans and is very stubborn treatment?

If you suffer from fungal nails we recommend using the whole extractions of thyme in natural virgin olive oil and natural apple cider vinegar, because of its effective impact combating fungi of nails.

Nail fungus is popular and ineffective for huge number of humans. It is one of the most popular nail disease, and accounting for more than half of all nail disorders in patients who suffer problems of nails. (Szepietowski et.al., 2007)

A fungal infection can occur either in fingernails or in toenails, usually it is abound in the toenails more than fingernails. There are different types of fungi are characterized by their ability in infecting solid-natured nail that are rich in keratin. However, fungi demonstrate ability to colonize and penetrate nails and cause infections in them. These include skin fungi, white candida, and some of non-skin fungi group. The type of infecting fungus varies depending on the climate and air temperature. While skin fungi are considered a key factor that causes fungal nails in calm European countries, candida fungi, and non- skin fungi are the most common factors infecting the nails in high-temperature and high-humidity areas (Chi et.al., 2005)  .

But if the nail fungus was a caused by an infection due to a group of skin fungi, in this case nail disease is called Tinea unguium (Perea et.al., 2000)

Fungal nails infection has several symptoms, including the appearance of yellow-white color, thicker, crumble nail. As the infection progresses the nail can become brittle, with pieces breaking off or coming away from the toe or finger completely. Nail infection is not only a cosmetic problem, rather, it can significantly cause a psycho-effect in patients who suffer that kind of infections. Furthermore, nail infections are uneasily treatable, and they can cause itch, and pains in the tissue. In some cases nail fungus may dissemente into under nail bed, causing a local infection known as Onychomycosis (Kaur et.al., 2008)

A study was conducted in 2003 to compare the effects of thyme essential oil versus three essential oils of other herbs. The effect of thymol, an antibacterial and anti-caries active compound, which exists in thyme, pine essential oil, nutmeg essential oil, and turpentine oil were estimated. These four essential oils were probed against the most five violent nail fungi, namely: Dermatophytes, Tricophyton rubrum, Trichophyton mentagrophytes, Microsporum canis, Epidermophyton floccosum and Epidermophyton stockdale.

It was found the thyme oil extract with the other three oils were effective in controlling fungal nail (Ramsewak et.al., 2003)

Based on our expertise and experiences that we acquired through applying the synergistic principle of Quran, we recommend using the extract of thyme in natural olive oil, because olive oil itself has an anti-fungal effect with different mechanism , which adds a synergitic effect to the thyme oil and olive oil.

In a study published in the International Journal of green pharmacy, (Upadhyay, et al, 2014) had shown that olive oil, in general, plays an important role in the combating fungus. This mortal effect is attributed to its richness of the numerous compounds found olive oil, including (terpenoids, steroids, flavonoids, esters and acids), that are  known as antifungal (Upadhyay, 2014)

Do not forget that we use olive oil as a preservative medium to thyme extract. This significantly promote an active transfer to our product into the deepest layer of the skin, and into the nail bed. This lipid s character exist in the phospholipid bilayer of human cells. This structure allow to the lipids and fatty acids of the olive oil and thyme oil to penetrate into

It was proven that apple cider vinegar, that we use as preservative to the aqueous extract of thyme, plays a synergistic role with the thyme extract as antifungal agent. Studies indicate that malic acid, and acetic acid, that exist in vinegar, are able to kill many kinds of bacteria and fungi. (Dixon, 2008) -

Here appears the principle of synergism between the aqueous extract of thyme and the natural apple cider vinegar. Both work in the same mechanism, but in a different ways. Upon combining them in one product, we get multiple benefits in combating the fungus, and more effective than if they were used individually.