The excess of fats of human body is a worrying issue 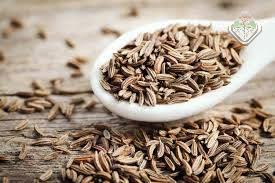 The excess of fats of human body is a worrying issue

This is due to their consequent risks, like the overweight that happens as a result to the storage of triglycerides under the skin layers, causing an accumulation of fats in belly and hips, and the body style consequently changes and starts losing it form and beauty. Consequently fatty persons are become obsessed in order to find a way to lose this overweight.

This is not limited on this issue, rather cholesterol levels might increase in the blood and oxidize to precipitate on the walls of the arteries causing some serious health problems such as heart attacks, and clogging in the heart arteries (Berger et.al., 2015) https://goo.gl/27wD4B and other chronic diseases related to obesity and arteriosclerosis (Miettinen, 1971)  (Brown et.al., 1984)  .

Cumin is one of the flavors and food seasonings that are rich in health values.  Of course not all people know that these tiny spices can be effective in lowering the fats and cholesterol levels in blood and in reducing the overweight’s as well.(Dhandapani et.al., 2002)

A recent study on obese females carried out by iranian scientists at Saddouqi University revealed that cumin seeds have the potential in losing weight and reducing fat levels in the blood. In this study 88 obese females were divided into two groups; the first one has a diet of yoghurt with 3 grams of cumin daily, and the second group took the yoghurt without cumin. The two groups were given instructions about weight loss and about following healthy rules. The results of the first group, who took cumin with the diet, were great. After three months of starting the study, women of the cumin-ingested group have lost 1.4 Kg of their weights in comparison to the weights of other group that cumin was not ingested. It was noticed that the rate of fat level reduction in women of cumin-diets was 14.64 %. The rate of fat level reduction was three times more than fat level reduction in women without cumin diets (4.91%). This study indicated that cumin extract contributed in reducing the levels of cholesterol, triglycerides, and LDL, and in increasing the level of HDL in the group that applied the cumin in their diets. (Zare et.al., 2014a)

Therefore, Cumin is rich in antioxidants and phytosterol (Delgado et.al., 2016) (Dua, 2012)  .Phytosterol is a natural product that is found only in the plant organs and it is similar to cholesterol in its structure but work in a different way to it. So it prevents absorbing the LDL and cholesterol in the digestive system, and that is considered reasonable for lowering fat levels.(Ostlund, 2004)

The previous clinical experiments showed that ingesting stanol-rich diets (Phytosterols at least 0.8 grams per day) is sufficient to reduce the level of LDL cholesterols; this includes the total cholesterol, LDL cholesterol, and triglycerides. Moreover, women who ingested cumin in the previous study showed a significant decrease in body mass index (BMI) and waistline (Zare et.al., 2014b)   .

Scientists who carried out this study suggested that the cumin extract has an impact in promoting and accelerating the metabolism and burning processes of fats if it is added to food or in any healthy diet (Dhandapani et.al., 2002)  .

Since we believe in our balanced nutritional system, that a single-substance therapy is not efficient, due to the fact of synergism that we discovered in the holy Quran, where all texts and verses mention food and drinks in plural and synergy and not as individuals.

Therefore, we see that the Holy Quran texts does not mention individual diets, rather it mentions them as groups, in this is in full agreement with the principle of medical synergism.

Based on the experience that we earn through applying the principle of synergy that we deduce from Quran, we recommend using the cumin extract in olive oil, where olive oil, which preserves the oily extract of cumin, is a good fighter against fats and cholesterol. (Dhandapani et.al., 2002)  (Gorinstein et.al., 2002)

The benefits of cumin are assigned to its richness in fatty acids such as linolenic and linoleic acids, as they contribute in activating the electron transport chain in mitochondria (energy generating stations in the cell) and this helps in increasing the rate of burn and metabolism of fats, leading to increasing rate of burning fats instead of burning carbohydrate when the metabolism increases.(Pandey et.al., 2015)

From here we say that olive oil is the unique oil, though it belongs to fatty acids, that contributes in weight loss, and it is characterized in richness of vitamin E, which is known to be antioxidant. (Bonanome et.al., 2005)

As it contains polyphenols (Visioli et.al., 1998)  , that compounds prevent cholesterol oxidation and helps in preventing heart attacks and arteriosclerosis.  Studies confirm that cholesterol does not deposit on the arteries walls and does not harm them unless it is exposed to oxidation process. Therefore, olive oil is considered to be a perfect and integrated to cumin extract oil (Manach et.al., 2005)  .

Many scientific studies proved that olive oil decreases the total level of cholesterol and the LDL cholesterol, without affecting the HDL cholesterol.  This what’s makes it healthy and good for the health. (Berrougui et.al., 2015)

Moreover, apple cider vinegar contains variety of antioxidants such as phenols, which prevent cholesterol oxidation and prevent the deposition of cholesterol on the inner arteries walls, and prevents the risks of heart attacks and arteriosclerosis.(Naziroglu et.al., 2014)

In a single published study on patients of obesity, the effect of natural apple cider vinegar was shown to be significant, and it can be used to reduce the levels of both cholesterol and fats in blood. (Beheshti et.al., 2012)

Finally, we have to keep in mind that we should maintain a healthy lifestyle by quitting junk food, which contains large amounts of saturated and hydrogenated fats .We should practice exercises and sports regularly, and quit alcohol and smoking to enjoy a healthy lifestyle and perfect weight and graceful body

Dua, A. 2012. A study of antioxidant properties and antioxidant compounds of cumin cuminum cyminum. International Journal of Pharmaceutical & Biological Archive, 3.