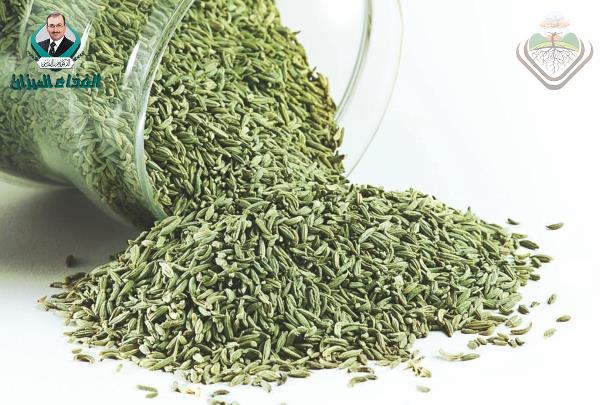 Do you suffer from anxiety? Does that dreadful feeling affect your life and your way in dealing with others? Are these attacks of anxiety associated with dispersion, confusion, difficulty in concentration and in making decisions? Do excessive sweating, sweating of your hands and rapid breathing associate these anxiety attacks? Do you have sleep disturbance though you are exhausted and feeling tired?

Anxiety and distancing from the mention of God, the risk of disease and aging

We believe in the nutritional balanced system that those who are away from the remembering and mentioning of God, either with their tongues, their hearts or minds have more feeling in anxiety, so the symptoms of anxiety and fear appear easily, as if the things that disturb them are chasing them. Therefore you can find many of them are more vulnerable to more problems in their lives in all sides and levels, as they are more vulnerable to diseases and faster to aging, so they can be faster in the appearance of premature aging signs. How not, if you know that the stimulation of secreting the cortisone and adrenaline is constantly happening within their bodies. These two hormones are destructive to the cells and significantly weaken immunity, and this leads to negatively impact the patient's health and social life, and hence the problems towards others are escalated. This leads them to be inactive in their work and social environments.

Anxiety and depression are two sides of the same coin

Anxiety is a psychological and physiological status, and part of the depression, especially if accompanied by a lack of happiness. For more details, watch our episode about depression and the role of Satan in the following link:

If you suffer from anxiety attacks that are associated with a state of tension and discomfort, or associate with the diffusion of ideas, mental dispersion, difficulty in concentrating, or these seizures were associated with sleep disorders or with some of the physical symptoms, such as chest tightness, rapid heartbeat, palpitations, headache, weight in the head, pains, discomfort, inflation of the colon, low back pain, weakness of appetite, or seizures accompanied by excessive sweating, trembling in the limbs, or frequent access to the toilet.(Shri, 2010) , we recommend you to use the whole fennel extract in both natural virgin olive oil, and in natural apple cider vinegar. These will help you relieve the anxiety.

In a published study in the International Journal of Pharmacy and Pharmaceutical Sciences in 2012, the anti-anxiety and anti-stress effect of fennel extract was compared with that of diazepam. The study was conducted on a group of mice, which were divided into four groups during the study period. One of the groups was given the diazepam, while the remaining groups were given the fennel extract but with varying the doses. The mice were then placed individually in several anxiety tests to monitor their behavior. The amazing fact in the study showed that the fennel extract had a similar effect of diazepam on some groups and better than the effect of diazepam in reducing the anxiety and alleviating its symptoms. We should not forget that diazepam is used as an antidote to anxiety and insomnia. The study could not  know the mechanism in which the fennel extract works, but it suggested the need for further studies to know the active compounds found in the fennel, which operate at the level of neurons and neurotransmitters. (Kishore et.al., 2012)

We believe that the anti-anxiety effect of fennel in eliminating the symptoms of anxiety is attributed to Anethole. This study indicates that Anethole has a similar effect to estrogen, without any side effects (Dhar, 1995) .

We should not forget that there is a relation between the lack of estrogenic effect and the incidence of anxiety, as there is a link between lower levels of estrogen and increased anxiety. (Osterlund et.al., 2005)

In any case, our experience in this field, we say: It is likely that Anethole is the only compound exists in fennel, which contributes to calm the anxiety. A day may come to discover more of these effective compounds in fennel against the anxiety. The fennel and other herbs are considered from the basil (every plant with a fragrant smell), which mentioned the Holy Quran "And the earth He laid out for the creatures, therein is fruit and palm trees having sheaths [of dates], and grain having husks and scented plants"

Since we believe in our balanced nutritional system, that a single-substance therapy is not efficient, due to the fact of synergism that we discovered in the holy Quran, where all texts and verses mention food and drinks in plural and synergy and not as individuals. Since the mechanisms of our chronic diseases are variable, it should be a variety of compounds, diets and mechanisms that counter act the mechanisms of diseases. Therefore, we see that the Holy Quran texts does not mention individual diets, rather it mentions them as groups, and this is in full agreement with the principle of medical synergism. Then, why we should add the herbal extract into both olive oil and apple cider vinegar? What are the secrets of Quran that stand behind that? Click on the following link!

Based on our expertise and experiences that we acquired through applying the synergistic principle of Quran, we recommend using the oily extract of fennel in virgin olive oil. A study published in the Journal of ISRN Pharmacology in 2013 found that the effect of olive oil against anxiety and nervousness is attributed to the linoleic acid. The study indicated that the repeated ingestion of olive oil that contain linolenic acid to the experimental rats was able to change the metabolism of both neurotransmitters 5-hydroxytryptamine and dopamine, which gives the olive oil multiple effects on several dimensions. First it could protect neurons through this mechanism. Second, it could improve the behavior of the rats that has taken the olive oil. Third, is what the study conclude, that the frequent use of olive oil has a significant role in treating anxiety and depression.

The role of natural apple vinegar, which is the preservative of the aqueous extract of fennel, as an anti-anxiety was demonstrated in improving the mental state of the laboratory animal. It helps the liver to get rid of toxins and helps to improve the metabolism of proteins during the process of digestion and in converting them into amino acids, including Tryptophan (Holzapfel, 2014)

Tryptophan is one of the essential amino acids in the body which the body cannot synthesize, but it has to take it ready. This amino acid plays a key role in controlling the psychological state of the human, because it is the raw material from which the Serotonin is manufactured (which is known as the hormone of happiness) (Schaechter et.al., 1989)
Here comes the principles of combining and  medical synergism between the aqueous extract of fennel and the natural apple cider vinegar, which have the same effect, but with a different mechanism, and the combination of them gives us benefits to reduce anxiety more than if any of them is taken alone.
In the following link, you can find cook recipes that guide you how to use the fennel extract in natural virgin olive oil and the fennel extract in natural apple vinegar, in order to add a wonderful flavor to your health.
Know about one of the secrets of using the remedy by the nutritional balanced system, how to use a few nutrient to get as many as benefits you can imagine for a wide spectrum of diseases.
References:
Dhar, S. 1995. Anti-fertility activity and hormonal profile of trans-anethole in rats. Indian journal of physiology and pharmacology, 39, 63-63.
Holzapfel, C. 2014. Weight loss and good health with apple cider vinegar, Healthy Living Publications
Kishore, R. N., Anjaneyulu, N., Ganesh, M. N. & Sravya, N. 2012. Evaluation of anxiolytic activity of ethanolic extract of foeniculum vulgare in mice model. Int J Pharm Pharm Sci, 4, 584-586.
Perveen, T., Hashmi, B. M., Haider, S., Tabassum, S., Saleem, S. & Siddiqui, M. A. 2013. Role of monoaminergic system in the etiology of olive oil induced antidepressant and anxiolytic effects in rats. ISRN pharmacology, 2013.
Osterlund, M., Witt, M. & Gustafsson, J. 2005. Estrogen action in mood and neurodegenerative disorders: Estrogenic compounds with selective properties-the next generation of therapeutics. Endocrine, 28, 235-242.
Schaechter, J. D. & Wurtman, R. J. 1989. Tryptophan availability modulates serotonin release from rat hypothalamic slices. Journal of Neurochemistry, 53, 1925-1933.
Shri, R. 2010. Anxiety: Causes and management. International Journal of Behavioral Science (IJBS), 5.