Avoid the silent killer and its dangers, and save your life with simple kitchen substances 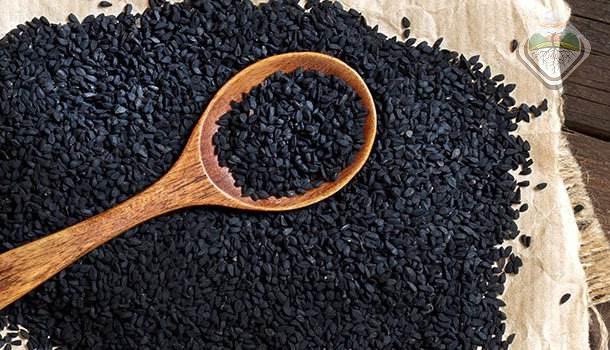 Avoid the silent killer and its dangers, and save your life with simple kitchen substances

Were you shocked as you discovered that you had unexpected high blood pressure during a routine check-up? Did the sexual impotence that associated with the use of many antihypertensive drugs become a concern for you and cause you an embarrassment? Have you begun to realize that you are facing a difficult problem? It is true that these problems are silent but its great risk and many annoying drugs have side effects

If you are looking for a treatment for high arterial blood pressure and you fear its complications, especially atherosclerosis and the occurrence of strokes and cerebral palsy or cerebral hemorrhage. If you want to reduce the dose of drugs that you have been using to treat high arterial pressure due to its multiple complications and side effects, we recommend you use both the oily extract of black seed in natural virgin olive oil, and the aqueous extract of black seed in natural apple cider vinegar, because they help in this area as researches suggest.

In Casablanca, Morocco, a study was conducted and published in the Journal of Therapy in 2000 in which researchers studied the effect of the black seed extract on rats as an antihypertensive, and diuretic inhibitor. The study has divided the rats into two groups. The first group was given the black seed extract. The second group was given a calcium blocker (Nifedipine), a calcium blocker that works with a special mechanism, where it prevents calcium intake, which is essential for muscle contraction and prevents calcium from entering the muscle. This makes the smooth muscle fibers not contracting and consquently reduces the artrial blood pressure (Church et.al., 1980)

Considering at the same time that black seed extract has no side effects (Randhawa, 2008), while Nifedipine that used in the study has side effects, because calcium blockers contribute in causing headache, dizziness, swelling of the limbs, high rate of heartbeats, skin rash and shortness of breath in some people. (Russell, 1988)

Since we believe in our balanced nutritional system, that a single-substance therapy is not efficient, due to the fact of synergism that we discovered in the holy Quran, where all texts and verses mention food and drinks in plural and synergy and not as individuals. Since the mechanisms of our chronic diseases are variable, it should be a variety of compounds, diets and mechanisms that counter act the mechanisms of diseases. Therefore, we see that the Holy Quran texts does not mention individual diets, rather it mentions them as groups, and this is in full agreement with the principle of medical synergism. Then, why we should add the herbal extract into both olive oil and apple cider vinegar

Based on our expertise and experiences that we acquired through applying the synergistic principle of Quran, we recommend using the oily extract of of black seed in olive oil and the aqueous extract in apple cider vinegar to obtain the best benefits and synergism in the interfering with several mechanisms that causes the high arterial pressure. A published study in 2008 in the journal of Proceedings of the National Academy of Sciences, showed that olive oil, which the preservative of the black seed extract in our products, contains oleic acid (70-80%), which has an antihypertensive effect. It is suggested that the intake of olive oil increases the levels of oleic acid in the cell membranes, due to the nature of oleic acid and other fatty acids. They can be easily integrated in the structure of the cell membrane. They are likely able to interact with the G-Protein, the most common receptors on the surface of the cell membrane. Thus, fatty acids can block the transduction of signals from surface of the membrane receptor to inside the cells, thereby reducing the arterial blood pressure (Terés et.al., 2008)

However, acetic acid in the natural vinegar, affect a cascade of interactions that lead in total to reduce the arterial blood pressure.

The kidneys in normal case works as the blood pressure falls, and as the blood flow is low due to the depletion of the enzyme Renin, which in turn stimulates the angiotensin-converting enzyme from Angiotensin I into Angiotensin II. (Angiotensin II is one of the strongest factors on the blood vessels, which leads to constriction and narrowing of blood vessel, and consequently leads to increase the peripheral vascular resistance and to a high blood pressure). Since vinegar is rich in acetic acid, it works perfectly to inhibit the released renin from the kidney and then inhibit this cascade that leaf to generate the Angiotensin II, which in turn leads to a reduction in blood pressure. (Kondo et.al., 2001)

In fact, we confirm here that high arterial blood pressure is caused by several different mechanisms, including hormonal, including neurological and even related to the psychological state of the human, and related to local factors. Therefore, the oil and vinegar of the black seed alone is not efficient in counteracting all these mechanisms of blood hypertension. So we recommend the use of several types of extracts. Therefore, using herbal extracts that preserved in oil and vinegar as a whole balanced balance can counteract most of mechanisms that responsible for rising the arterial blood pressure. Likely, these herbal extract might hit all of these mechanisms, God willing. In this way, we can achieve the principles of the nutritional balanced system "for every malady there is a remedy, if the core of the malady is hit, it will cure, God willing. (Hadith narrated by Imam Muslim)