A simple experience can change the course of your life and protect you from daily insulin pangs, especially if you have a family history of diabetes 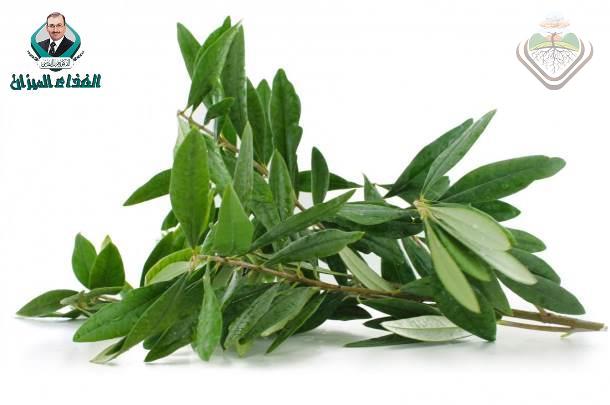 A simple experience can change the course of your life and protect you from daily insulin pangs, especially if you have a family history of diabetes

God refers to the olive tree and its leaves indirectly in his holy book, saying: "And a tree that comes out of Sinai will grow with fat and dye for the eaters." (20) Surat Al-Mouminoon (The believers). In addition, he refers to olive tree in the verse 35 Surat An-Nur (The light) "star lit from [the oil of] a blessed olive tree”

Studies indicate that olive leaf extract has a distinctive role in many diseases and symptoms. Diabetes is the most common diseases, in which the extract of whole olive leaves in natural virgin olive oil and natural apple cider vinegar, are effective. The symptoms of type 1 diabetes, start in resemblance to the type 2 but with a less degree, such as thirst, frequent urination, weight loss, fatigue, dizziness and sometimes the loss of consciousness.

After we learned how type 1 diabetes and how type 2 diabetes, we can now understand the dimensions of the olive leaf extract for diabetes by different mechanisms and methods.

In a published study in the Journal Planta Medica in 2003, it was demonstrated that olive leaf contains an effective substance known as Oleuropein, a phenolic substance that responsible for bitter taste in olive fruits and olive leaf extract. Oleuropein is a water-soluble substance, so it can be extracted using water. This compound in the olive leaf extract gives a nutritional value together with other water-soluble substances such as proteins, salts and sugars, to the olive fruit. The mode of action that Oleuropein plays om reducing the blood sugar is assigned to the inhibition of the enzyme alpha-amylases (an enzyme secreted majorly by the pancreas and minor by salivary glands, its main function is to hydrolyze the carbohydrates to smaller units, that can be converted by other enzymes in the intestine to glucose, the main sugar that represents first source of energy and transferred to the tissues of the body. There is a small amount of this amylase in blood that increases upon the increasing of the sugar level of the sugar in the blood. Hence, the inhibiting role of Oleuropein to the amylaze works to prevent the hydrolysis of carbohydrates, and thus prevents the absorption of carbohydrates and glucose by the intestinal cells, This in turn lowers the amount of absorbed sugar in the body (KOMAKI et.al., 2003)

The extract of the whole olive leaf can increase the sensitivity of insulin receptors to insulin, and accordingly externally increase the effectiveness of insulin in the body as well. (Gonzalez et.al., 1992)

Another study, published in 2009 in the Journal of Agricultural and Food Chemistry, found that the Oleuropein in the whole olive leaf extract possesses antioxidant properties that prevents diabetes and its complications to occur (Jemai et al., 2009).

The chronic rise in the levels of blood glucose leads to several complications. One of the most important complications is the damage of blood vessels (vascular disease), whether the wide or even small blood vessels. This can occurs when the efficiency of insulin fail to enter glucose into the cells, which leads to the elevation of glucose in the blood, and here the endothelial cells of the blood vessels take up the glocuse more than in normal case, This will lead in turn to formation of protein surfaces upon the endothelium higher than norma casel. The uptake of glucose by the lining of the arterial wall will form a basal membrane (The basal membrane is the membrane on which the endothelial cells are located, which separates the deeper endothelial layer of the artery and the muscle layer), all these two combined effects together cause what is known as microvascular disease, especially with these micro vessels that present in the retina and in the glomeruli of the kidneys. The action of these two factors might lead to their stiffness and dysfunction. It starts as a microscopic urination of the protein through the kidney and ends with a total renal insufficiency or retinal detachment and blindness. Moreover, the effect of oxidation on the nerves due to high blood sugar might cause Neuropathy, which is manifested as numbness, numbness in the limbs, or visceral neuropathy, leading to dysfunction of the bladder and anal muscles, resulting in constipation associated with diarrhea, or in erectile dysfunction or all of these combined complications. (Fowler, 2008)

Based on our expertise and experiences that we acquired through applying the synergistic principle of Quran, we recommend using the extract of olive leaves in natural virgin olive oil because the natural virgin olive oil, which is the preservative of olive leaves extract works to reduce the level of sugar in the blood . A published study in the Journal of Food Biochemistry in 2011 confirmed that olive oil inhibits α-glucosidase and α-amylase enzymes, which are responsible for the digestion and hydrolysis of carbohydrates in the digestive system. This impedes the complete digestion of these sugars and converts them into mono-saccharides. Thus, reduce the amounts of sugar liberated from eaten foods, and contributes to reducing blood glucose molecules by reducing their absorption. (Loizzo et.al., 2011)

Furthermore, natural olive oil is rich in antioxidants, such as monounsaturated fats, chlorophyll and carotenoids. Thus, these antioxidants help to prevent the complications of diabetes caused by the process of oxidation. Consequently, synergizing the extract of olive leaf in its antioxidant effect and carry the same mechanism but in a different way. Moreover, it increases the sensitivity of insulin receptors to insulin, which is especially useful to patients with type II diabetes, they often have a lack of insulin sensitivity of insulin, especially in obese people with metabolic syndrome.

Olive oil plays a significant role in reducing triglycerides in the blood and leads to weight loss, through increasing the sensitivity of insulin receptor to insulin (Perez-Martinez et.al., 2011)

In addition, the natural apple cider vinegar, which preserves olive leaf extract contributes to in preventing diabetes mellitus. A study published in 2014 in the Journal Food Science found that natural apple cider vinegar contains a high percentage of antioxidants including phenols. We mentioned that oxidation is the process that contributes to increased diabetes complications. (Budak et.al., 2014)

Here we see the principle of combining and medical synergism between olive leaves and natural apple vinegar by combining different types of antioxidants. This contribute in preventing diabetes complications.